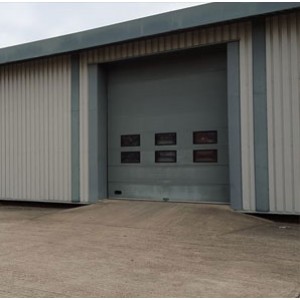 We are a third generation family run steel stockholding business located in the historical heart of what was Sheffield's Steel making Industry. Currently run by myself Stuart Church, my wife Victoria and my sister Alison.

In the late 1960's, after 45 years in the steel strip trade, acquiring a wealth of knowledge and experience, my grandfather set up business with my father John under the name R. M. Church & Son.

Late in 1988, the Paramo Tools group acquired the business of George Ibbotson Ltd, a well known and highly respected manufacturer of saws and tools.

My father, Mr John Church, was employed to manage the Steel Stockholding section of that newly augmented business, while R.M. Church and Son continued to trade in a reduced capacity. In early 1992 my grandfather  decided to retire, and R. M. Church & Son was finally dissolved.

In late 1992, the Paramo Tools Group agreed to the sale of their Steel Stockholding section to my father, who formed a new company to trade under the name of George Ibbotson (Steels) Ltd. This commenced operations at the start of January 1993 and I joined the firm that same month.

To start with we shared the Paramo premises in the city centre, but by 1995 it became obvious that we would have to relocate due to the limitations imposed by the existing building, and the growth of our business. On October 1st. 1995 we moved to our present premises in the East end of Sheffield, on a site previously occupied by the world famous Atlas Steel Works.

Today, we remain a family run firm with a small, skilled and dedicated workforce who between them, have over 60 years in the Steel Stockholding business.

There are no products to list in this category.